I Want to Know Everything About… Shower Trays

When thinking about a new shower for their bathroom, many people think that their choices are limited, more so than say, choosing a bath. But actually, there are loads of different styles all designed to suit your needs. Whether you’re redesigning the ensuite, putting in a shower room, or simply don’t have space for a bath or shower bath, then a shower enclosure is a stylish option that gives plenty of space for a comfortable shower.

Choosing the right shower for the space is tricky business, especially when you’re thinking about how the shower will impact the other furniture and fittings in the room – for example, how will the door open? Is there enough space for a hinge door, or will opening it hit the toilet?

Variety and choice (along with style, of course) is at the centre of all our designs, because we understand the challenges that designing a bathroom can bring. So, to give you a rough idea about the different shapes and sizes of shower trays, we’ve put together this guide that covers everything you need to know.

What are the main materials used in shower trays?

Your bathroom will see a lot of use over the years, which is why it’s important to invest in something that’s going to stand the test of time, not only in how durable they are, but how they fit in with your style and tastes at home, too.

What’s the average size of a shower tray? 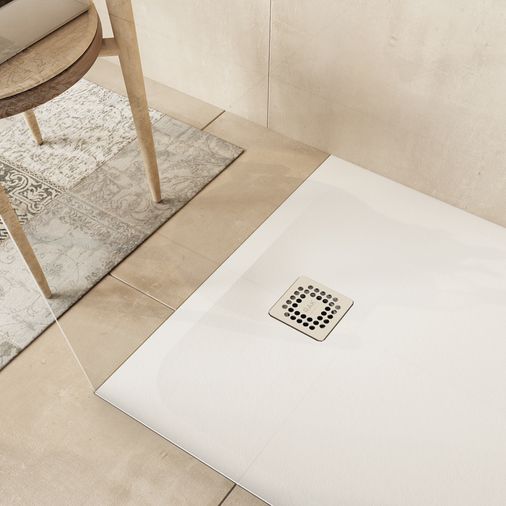 Typically, shower trays range from 25mm to about 40mm tall (our Everstone range offers the lowest profile). Whilst space-saving shower trays tend to be smaller, they’re designed to provide ample space in the shower for a comfortable and refreshing shower experience. The average width and depth of a shower tray is typically between 700mm and 1700mm.

The quadrant shower tray is a stylish addition to any bathroom and is ideal for any room where space is minimal. The 90 degree corner unit slots into any square or rectangular corner, with the offset quadrant shower tray working in corners where one wall is longer than the other.

The curved front of the shower tray offers plenty of space inside the shower, without encroaching on the space in the room itself. There’s a wide variety of sizes and styles to choose from, depending on the size and style of your bathroom, and you’ll find quadrant and offset quadrant shower trays can be rotated to suit your space. 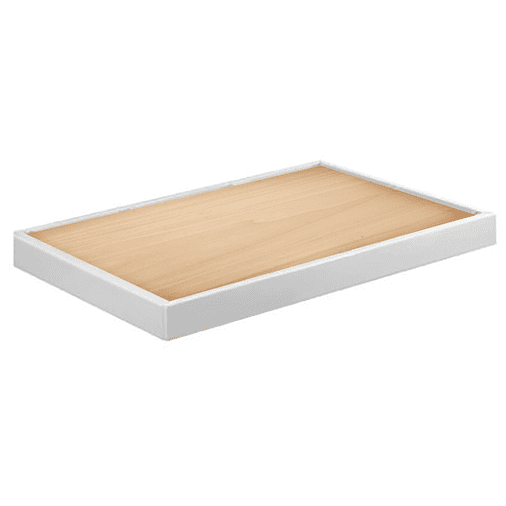 If you’ve got space in droves, then a rectangular shower tray will make an elegant addition to your bathroom. These versatile shower trays will give you maximum showering space and suit modern and contemporary houses and ensuite bathrooms.

Rectangular shower trays are also extremely versatile and can be fitted with a variety of shower enclosures to suit the size and space of your bathroom. Alternatively, a rectangular shower also works slotting into corners or recesses and can work with a sliding door, to maximise space.

Thanks to its shape, you can place a square shower in any part of the room, either by positioning it neatly into a corner.

If you like the idea of creating a bathroom with a wet room effect, without having to waterproof the whole room, then a Everstone shower tray might be just what you’re looking for. These super slim and slick shower trays are inset into the floor, rather than raised off the ground, to step into, as you would in a normal shower.

An Everstone shower tray works in a cool and contemporary styled bathroom, and is perfect if you like clean lines and minimalist style in your bathroom design. The Everstone trays measure only 25mm in height, but they’re strong and sturdy, and come finished in white acrylic to look crisp and clean for years to come.

The low level Everstone shower trays are available in a number of different sizes, ranging between 700 and 1,000mm. There’s also a range of styles to choose from, which will suit contemporary or traditional bathrooms.

How to Unblock a Toilet

10 Tips For Planning A Bathroom

How to Install a Wet Room

I Need a New Bath for My Bathroom… Where Do I Start?

Design Ideas for a Red Bathroom